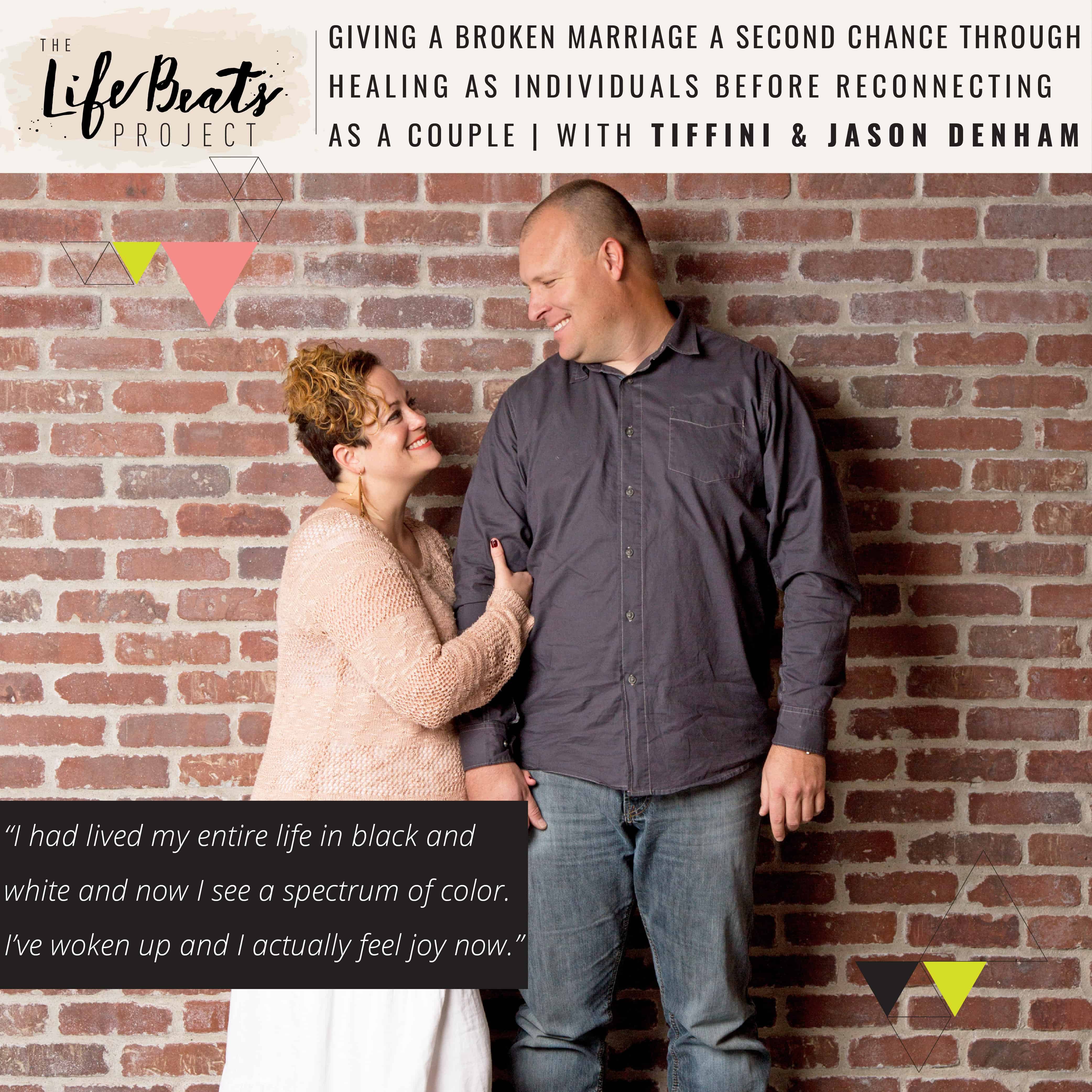 Tiffini and Jason Denham together courageously share their story that has never been told publicly before, their 14 year long journey of marriage including a decade of emotional abuse endured by Tiffini as a result of Jason’s wake of explosive anger, followed by silence, and his hidden pornography addiction, and what they have battled through and for to build a new marriage based upon their separate personal discovery of who they are as an individual, breaking patterns of co-dependency, focusing on their relationship with their Higher Power, Jesus Christ, and being patient through their process of forgiveness, regaining trust, and absolute dedication to reconnection to one another.   And friends they do this by sitting side by side, holding hands on my sofa in my studio, exchanging glances, breathing deeply as they answer some tough questions I felt nervous asking.  Tiffini shares how she had reached a point in which her physical health broke as a result of her emotional abuse that she left a note for Jason and left with her children knowing she would never come back.  She tells why she decided to give it another chance and what she and Jason both learned and did to be able to heal separately in order to reconnect and create a stronger relationship together. Jason shares some incredible insights on what he needed to do to look at life, love, and even religion in new ways.  I was absolutely fascinated at what that process looked like for him.  They also share that they are able to now say that they are both completely new individuals and their future is bright together.  Listen and be inspired to discover for yourself the power that can come from learning of your own worth in order to strengthen your relationship with those you love.

LifeLine episode #7: “When you want to escape: choosing paths of avoidance or clarity through mindfulness, and embracing your struggles as part of your story”

LifeLine episode #9: “When you have lost your mojo, 8 things to help jumpstart out of a funk”