The Power of Storytelling: Hope over Bipolar Disorder and Mental Illness | with Jenn Marshall of This is My Brave (TLBP #25) 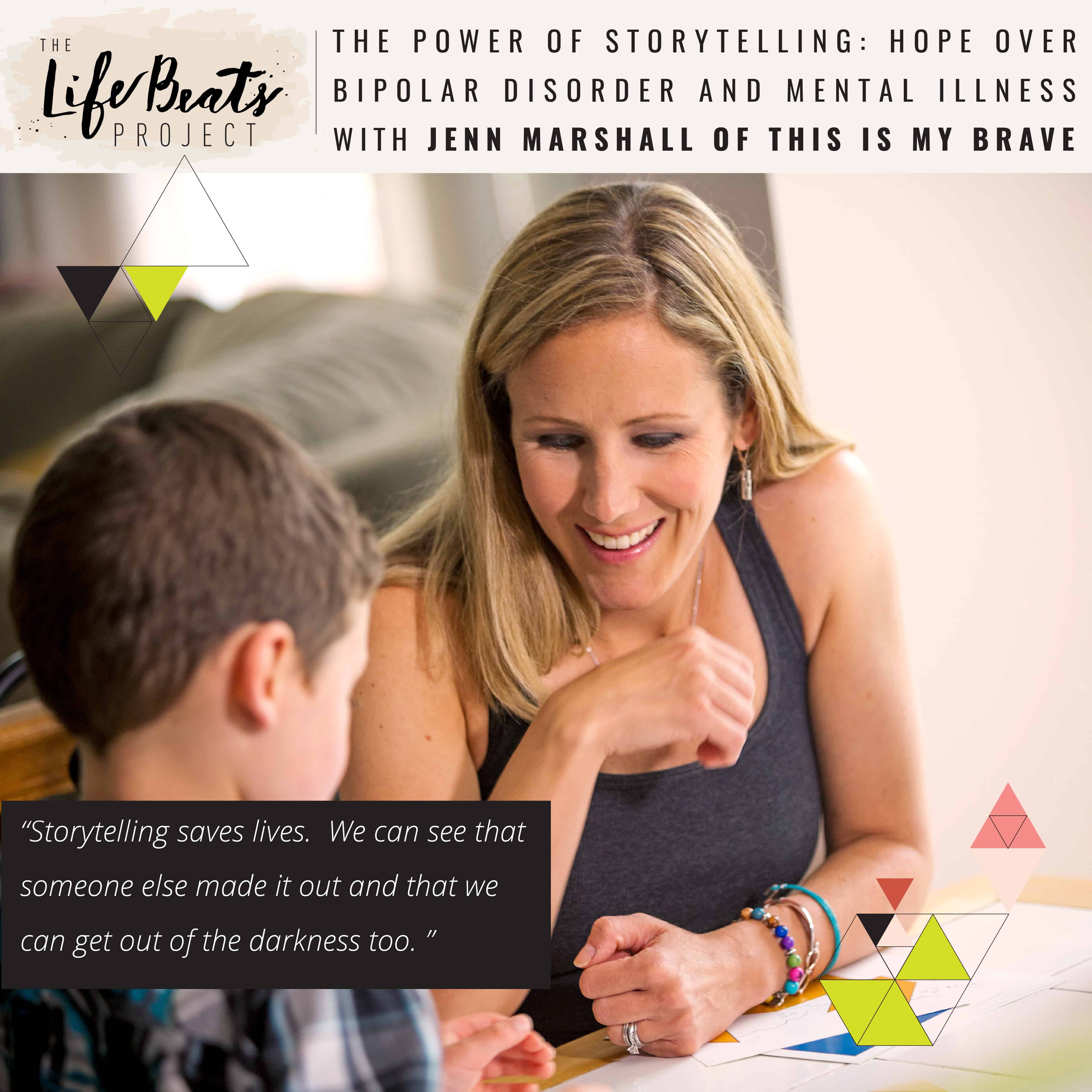 Friends, today I am so happy to introduce you to a woman who is helping to change the stigma of mental illness.  Jenn Marshall shares about her first manic episode in 2006 which landed her in the psychiatric hospital and later resulted in a diagnosis of Type 1 Bipolar Disorder and forced her to retire from her job.  This put her into deep depression and anxiety as she had felt that she had lost her identity.  Jenn would experience three more manic episodes and hospitalizations, all while being off of her medication and deprived of sleep, two of which were associated with trying to protect her children.  She shares what a manic episode looks and feels like and what her treatment plan is.  Jenn shares how after she began to control her symptoms she turned to blogging as a way to share with other moms that the they too could realize their dreams of having a family, even with bipolar disorder.  She tells why she wrote only under the pseudonym Bipolar Mom Life for several years and how it felt to first attribute her real name to an article she published.  She shares the inspiration for the non-profit she co-founded called This is My Brave which hosts shows across the country, providing a stage for those suffering from mental illness to express their story through art and storytelling.   Jenn also offers up 3 suggestions on how someone struggling with mental illness can handle what they are going through and have hope for their future.  You will be inspired by her bravery which has allowed so many others to share theirs.

O, Oprah Magazine article, “The Beautiful Way These People Are Coming Out About Mental Illness”