Taking risks, working hard, and finding the freedom to be who you want to be: one immigrant’s tale | with Mika Newton (TLBP #54) 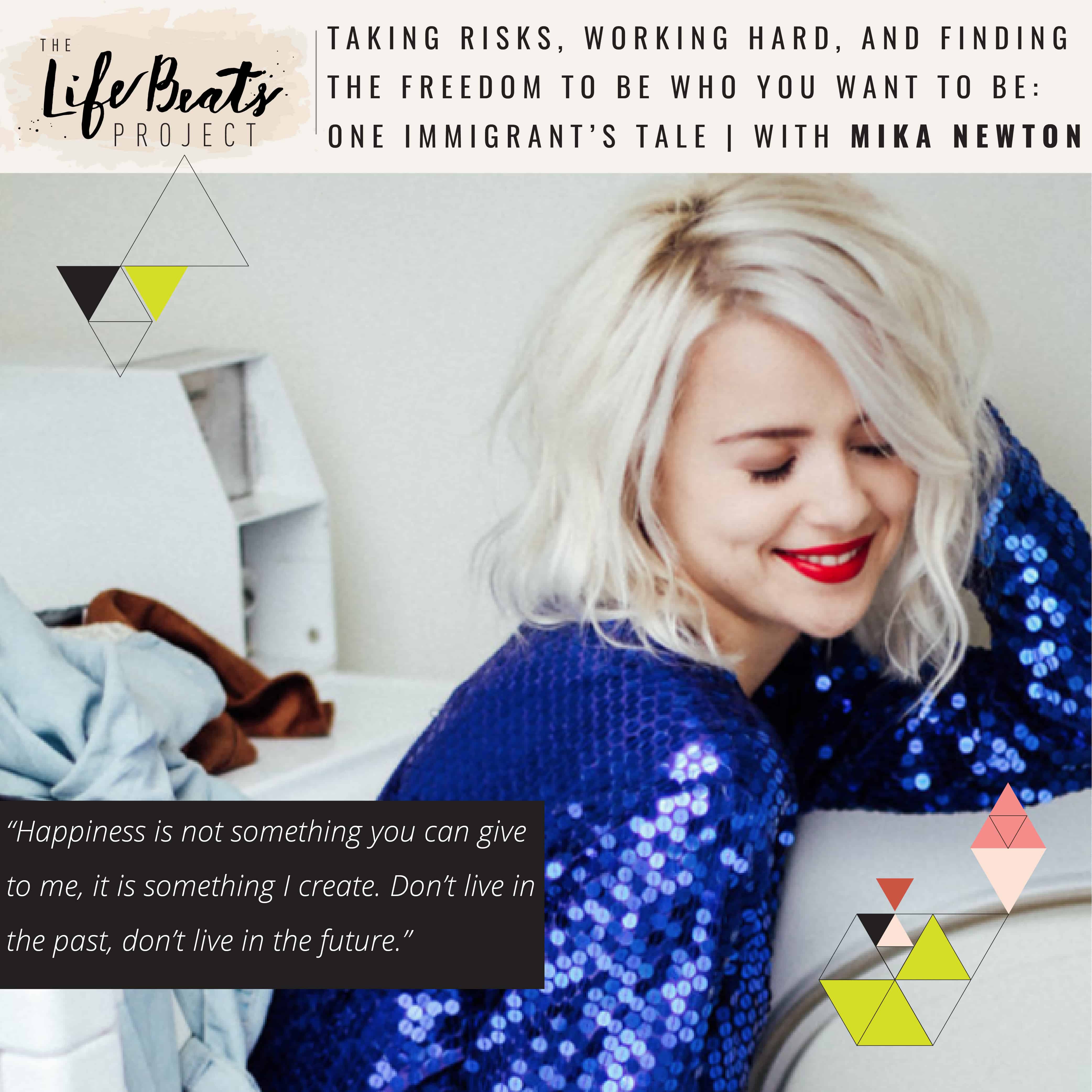 Friends this timing of today’s episode was not planned to be in alignment with today’s world events, which makes it all the more fascinating that things lined up the way they did. Today I have the privilege to introduce you to the incredibly talented and wise Mika Newton, immigrant to the United States from the Ukraine. Mika shares her story of hard work and making a life for herself that broke outside the mold of women in her native country. Mika tells of growing up in a small farming community where there were no cars and her best friend was a little piggy. At the young age of 5 Mika decided she wanted to be a singer and began competing at the age of 9 and then winning them at the age of 12. She was told that she couldn’t be a singer, that she should just be someone ‘normal’, that she needed to fit inside this box. At 15 after continual input from judges telling her parents that something was special & different about their daughter, she moved to Kiev a big city of 4 million people to train at a special college. At 16 she found a Celine Dion cassette tape, and without the internet, had no idea who she was, just that she wanted to sing like her. Covering one of her songs she won a large city competition and soon signed with a manager that would have her change her name. She would soon sing in the biggest competition in Europe called Eurovision and take 4 place. She became a household name in Europe and lived a life of fame with a driver and bodyguards. Despite her success, Mika was not taken seriously that she wanted to pursue a career as a singer. She was looked at as only a doll and her ambitions were dismissed. She tells of the culture of her country, that remains after the old USSR in which women do not have rights and that the only thing you are to achieve was to marry a good man and take care of him. In order to pursue her career, Mika took a huge risk and moved to America to work with Randy Jackson to produce her album. Mika tells of the struggle she had with her ego when she realized she was no longer famous but just a regular person, and one that couldn’t communicate with anyone. She tells of her drive that led her to learn 10 words a day which had her speaking English in 4 months. She tells of the happiness she has found here in America by not living in her past or in here future and by enjoying the freedoms she has found here to be who you want to be, no matter your age. She shares her insights that immigrants realize how lucky we are as Americans and they are hungry for the chance to make it here. She concludes with part of her beautiful song “Angels” and shares what she hopes the listeners will take away from her message. Listen and be ready to look at the freedoms you enjoy every day in a new light and be inspired to start that thing you have been putting off.