On Being an Abolitionist: Freeing children from sex trafficking | with Doug Osmond of Operation Underground Railroad (TLBP #14) 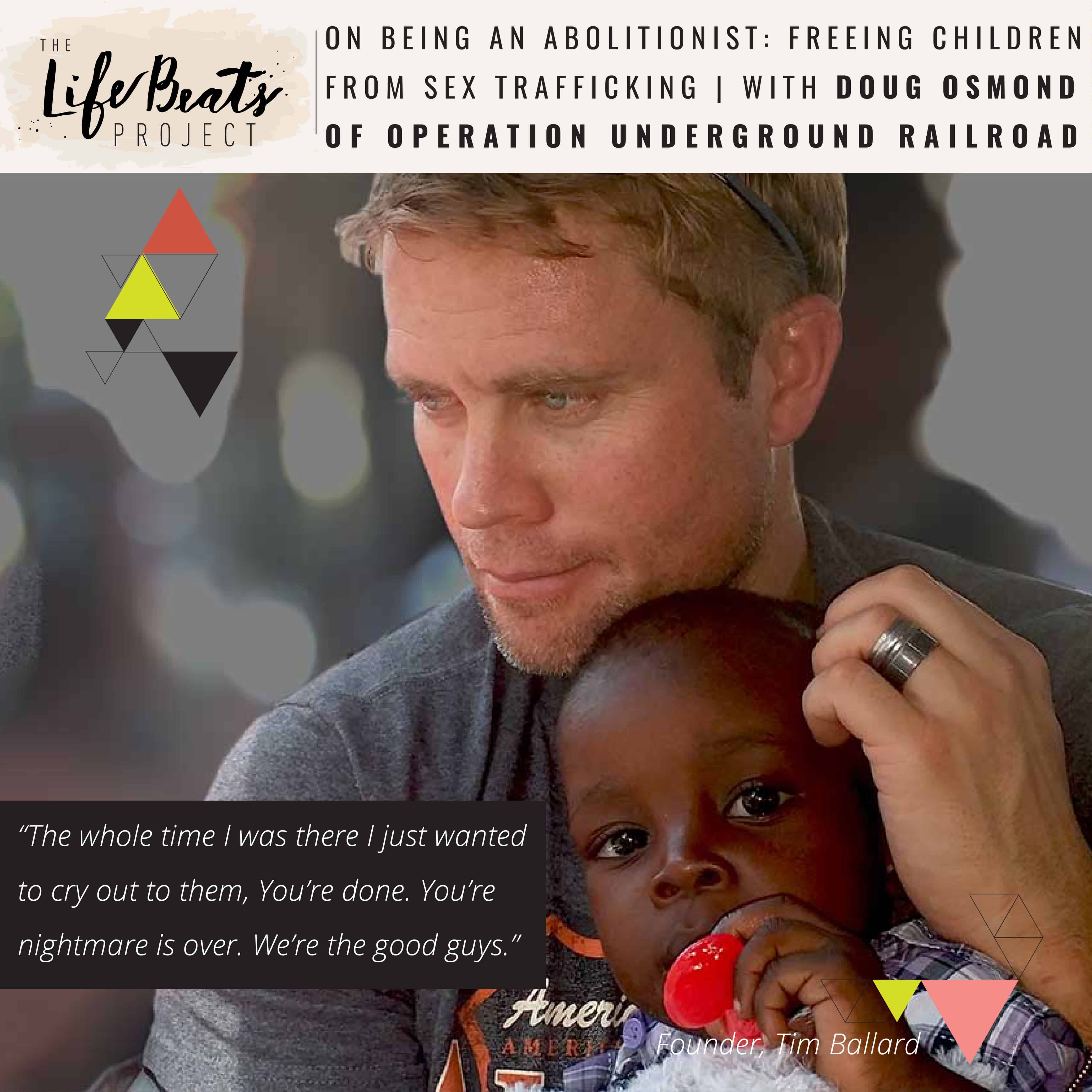 Today’s episode I had the privilege to interview someone who is a part of an organization that is fighting to free 2 million enslaved children in sex trafficking, a 30 billion dollar a year industry.  Doug Osmond is the Director of Corporate Sponsorships for Operation Underground Railroad.  Only three years old and their organization has already freed over 500 children from the horror of sex trafficking and put nearly 200 traffickers behind bars with the help of local authorities here in the United States and in countries around the globe.  Doug shares his experience and raw emotions of being a part of an undercover jump team made up of former Navy Seals, CIA agents, and Special Ops as they took down a trafficking ring in the Dominican Republic and the feelings that overwhelmed him as he oversaw the safety of 26 children ages 11-17.  Doug also shares the huge process that goes into these operations including prevention, investigation, execution of the jumps, prosecution of traffickers, and rehabilitation of the children – which is where the real rescue begins.  He shares what parents can do to help protect their children against becoming a victim of traffickers.  We also talk about the documentary The Abolitionists by the producer of Schlinder’s List which will be released for one night only on May 16th at a theater in your area.  This film follows Operation Underground Railroad through the process of their operations and brings to light one of the fastest growing criminal enterprises on the planet.  We will share how you can be a part of this event locally.  It will help you to see that there is something we can do to bring hope to these children!

buy tickets to one night showing of The Abolitionists, a Fathom Event

The Man in the Moon event with Glenn Beck

the documentary The Abolitionists

Be an Abolitionist – donate to the cause