TLBP #145 SoundBeat 6 – Detours, and plans that bite the dust | with Briana Johnson 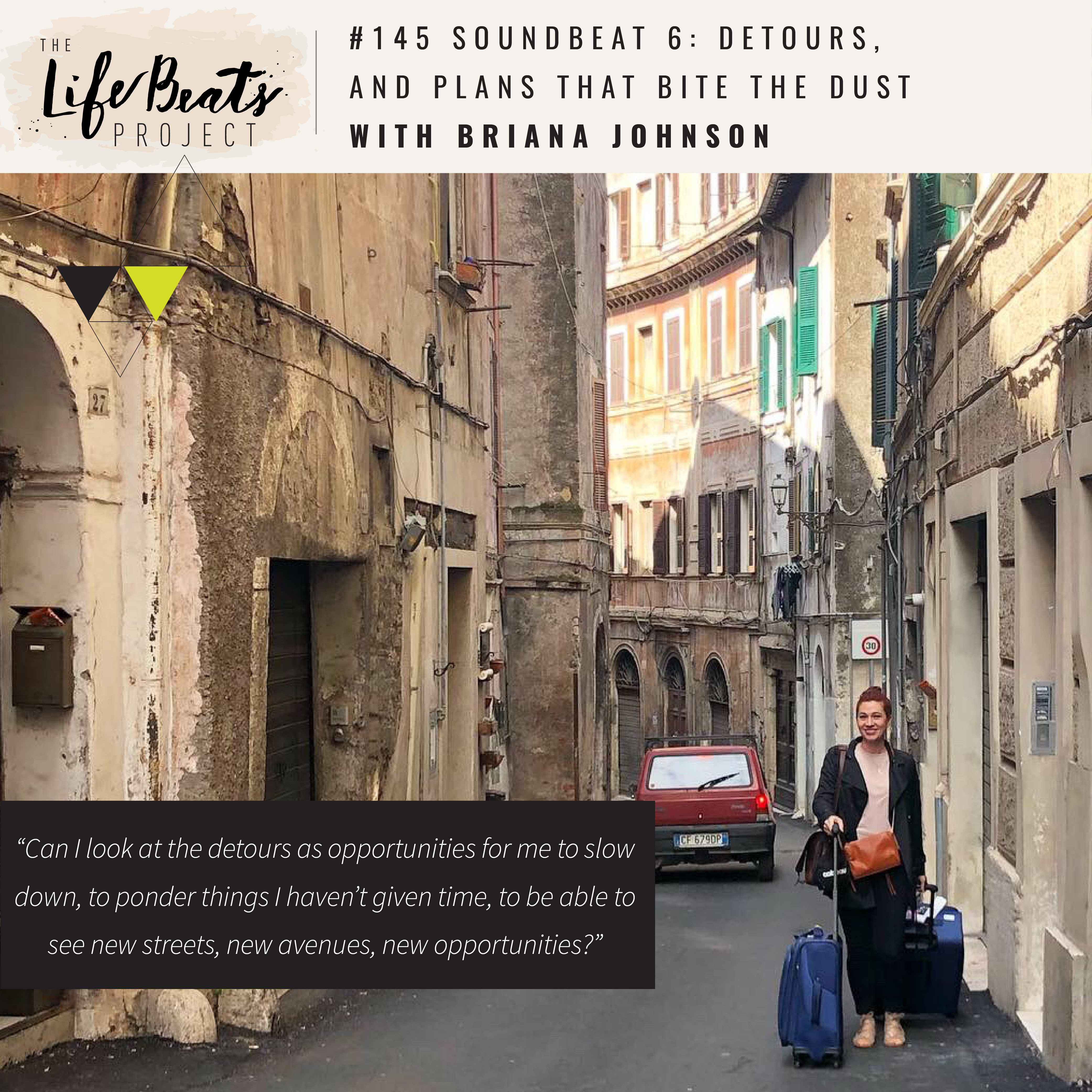 Have you ever had a plan that bit the dust by a detour?  Several detours?  On today’s SoundBeat podcast we examine how we look at the detours in our lives.  Do we meet them with sheer frustration and anger or can we see them as opportunities for a change of pace or a new view?

I share more about upcoming changes to the podcast as well as this week’s highlighted episode for Mental Health Awareness Month, one of our most downloaded episodes, episode #90 Lighting the fight on suicide, shame, & mental illness, unlocking empathy, and becoming active evolutionists with Heidi Swapp.  This episode is so touching, so real, and so raw.  Heidi is a highly successful & rather hilarious creative entrepreneur whose products line your favorite DIY stores.  She shares her own experience with facing her failures early in her career and opens up very tenderly about losing her 16 year old son to suicide.  She shares how when we talk about our shame, it brings it to light and it loses its power over us.  She talks about the inspiration for her podcast “Light the Fight” and the importance of talking about those things we would rather not talk about: the struggles with mental illness, depression, and suicide.

She shares universal tools that she learned from her therapist David Kozlowski, the co-host of the show, that she wishes she would have known years ago as a parent.  Information is power and this podcast is directed toward anyone in a relationship who is willing to work on themselves first.  She talks about becoming active evolutionists as we choose to evolve and put those things into practice that we actively seek and learn.

Listen and be inspired to light the fight against shame and mental illness, create healthy relationships, and become active evolutionists, putting into practice the things that we learn.

Podcast with my mom and sister in Italy

LifeLine episode on sculpting your life